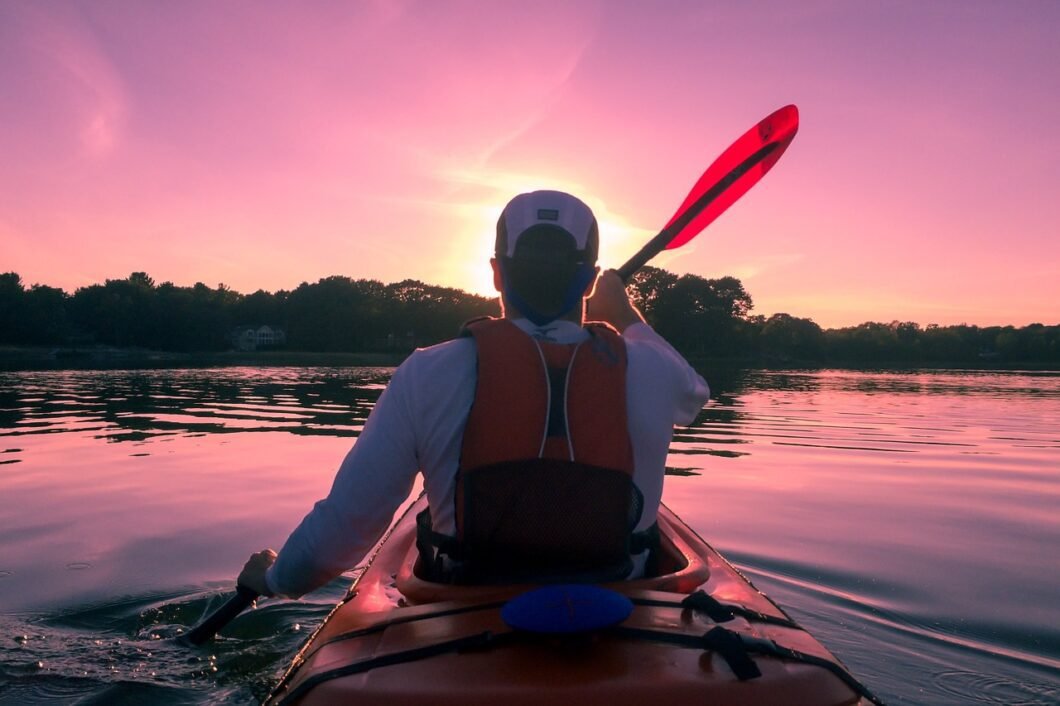 In my early 20s, I used to gravitate towards the self-help section a lot.

I am not sure how much I was able to help myself but two ideas, in particular, stuck with me.

One is what the popular self-help movement propagates- setting big goals, visualizing as if you already have it, and taking action. It usually involves the presumption that one has the power to change their reality and achieve anything one wants.

Napoleon Hill, Joseph Murphy, Norman Vincent Peale were the frontrunners in this particular section of self-help.

The other idea is surrender and going with the flow without visualizing (and worrying about!) the future. It usually involves the Buddhist thinking of mindfulness and living in the present moment.

This was the zone of Zen where I came across authors like Eckhart Toll and Thich Nhat Hanh.

But the challenge was these both ideas appeared polar opposites to me.

At first glance, they do look incompatible.

Visualizing and setting goals inadvertently means you think and dream about the future. You make certain choices and do things with that future in mind. Sometimes, these choices lead to pain and anxiety as well. But no, you cannot quit. After all, if you build it, they will come.

Then comes the enlightening thought of living in the moment and flow. You surrender to whatever is happening in the life in the now. Every time you feel anxious about the future, you take a few breaths to center yourself and accept your fate as it is. Life’s good. Why bother setting goals and thinking about the future?

These two ideas began to merge when I came across the book called, The Surrender Experiment by Michael A. Singer. The book is the personal life story of Michael who decided to follow life’s flow in his early 20s without any so-called ‘career goals’ and how it led him to the pinnacle of success and helped him bounce back after he reached his lowest point.

He is a man with a master’s degree in economics and a self-taught computer programmer who created a software package that transformed the medical practice management industry. He went on to become the founding CEO of a billion-dollar public company, which was later raided by the FBI leading to unfounded accusations by the US Government.

Nevertheless, he continued to practice surrender and action simultaneously, irrespective of the ups and downs in his life.

Reading his story gave me a fresh perspective on the seemingly contradicting ideas of surrender and action. It made me realize these two ideas aren’t necessarily opposite and can coexist.

In fact, for a fulfilled life, they must.

The true meaning of surrender

The fundamental shift that happened while I read the book was the meaning of surrender itself. I assumed it meant resigning to your fate or “so-called” destiny with no free will.

However, that is not the case.

It means you surrender your personal preferences of likes and dislikes and trust the flow of life. It means you leap into the life unfolding in front of you with an open mind and heart.

Michael does acknowledge the power of the mind and free will to make the “outer world” conform in his book. However, he says it “puts us in a constant battle of our way versus the way it would be without our intervention.”

“The practice of surrender was actually done in two, very distinct steps: first, you let go of the personal reactions of like and dislike that form inside your mind and heart; and second, with the resultant sense of clarity, you simply look to see what is being asked of you by the situation unfolding in front of you. *

Free will comes into the picture when we respect the flow of life and use our free will to participate in what is unfolding, instead of fighting it. This is when you assert your free will to set goals and take action.

You set goals and take action based on gentle nudges of intuition. These nudges arise after you let go of your personal preferences of likes and dislikes caused by voices in your head.

Voices in your head

The personal reactions, which Michael talks about, usually arise in the form of constant chatter happening in the mind. Michael calls it the voice in your head that is always commenting on what does it like and what does it not like.

It is always having a preference for how something or someone should be with us. It is just an ongoing commentary and does nothing specific to deal with the present moment.

That state of witness or awareness is our true state. In this state, we are not reacting or responding to the voice but simply see that voice for what it is. When you begin to realize you are not the voice but a witness to it, the shift begins to happen.

The way you deal with the voice is not dealing with it at all. You simply observe it without getting into its preferences, likes, or dislikes. This is where Michael talks about the role of meditation.

“Just do the work necessary to quiet it down. The required work was equally unambiguous—meditate.”

Once you begin to meditate, over time, you begin to rise above the voices and act as a witness to them. This is where you see the emotions as they are without attaching your personal preferences of like and dislike to them.

With regular practice, you learn to enter a deep, peaceful state where you start to embrace life as it is unfolding at the present moment. This is the first step to art of the surrender and opening up to the flow of life.

Deeper wisdom emerges once you start to rise above these voices and the emotional reaction caused by them. This is the wisdom of your intuition and inner guidance which in the words of Michael, “will take your life in a very different direction from where your preferences would have led you*.”

It is perhaps the most important, yet trickiest to implement, lessons I took away from the book. After all, how can one do/not do anything if not based on like/dislike? This is where the challenge lies to surrender, rise above those voices, and learn to access intuition and deeper wisdom.

Because surrender inadvertently means you trust the river of life and leap into it with an open mind and heart.

You take action without any attachment to personal preferences of likes and dislikes. You continue to swim without worrying about the end goal.

This is how Michael explains his practice of surrender in daily life,

“The more I was willing to let go of the inner noise created by my personal likes and dislikes, the more I could see subtle synchronicities in what was unfolding around me. These unexpected concurrences of events were like messages from life gently nudging me in the direction she was going. I listened to these subtle nudges instead of listening to the not-so-subtle mental and emotional reactions caused by my personal preferences. This is how I practiced surrender in everyday life.”

This whole concept of listening to the nudges after silencing the inner noise reminds me of the scene from the sixth part of Harry Potter. It is when Harry takes a magical potion of luck to get the memory from Professor Slughorn. Once he takes it, Ron and Hermoine expect him to go to Slughorn which sounds like an obvious next step given his goal.

However, to their surprise, Harry decides to visit Hagrid and says that he knows what he is doing. And no wonder, the series of events magically unfold as he does that, ultimately leading to his goal.

This is what it means to let go of the personal preferences and voices in your head and follow the gentle nudges of the resultant clarity and deeper wisdom. You let go of yourself, listen to your inner wisdom, and actively participate in the life unfolding in front of you rather than resisting it.

Setting goals while practicing surrender- My reflections on The Surrender Experiment

We are accustomed to chasing goals and dreams driven by our external circumstances or conditioned by our upbringing. Very rarely do we quieten our minds and do an honest inner inventory about what we want.

But, if we can do that and be absolutely honest with ourselves, not only do our goals and intentions might look wildly different but also we can practice the art of surrender while working towards them. This is when you choose your goals and actions from that place of trust in your intuition.

You see, in that case, once we set those heartful intentions and goals, we can decide to continue to act with the same place of trust and faith in our inner self. We are no longer attached or obsessed about madly chasing a goal but instead act mindfully in the present moment based on our intuition.

During this journey, we are not attached to that end outcome so there is no preference as such. As Michael explains, we only practice surrender in the present moment and continue to act and respond to life happening now.

It is like a river that comes across various obstacles and different paths but ends up merging with the ocean. Similarly, when we let go of the resistance and go with the flow of our life, we might come across paths that don’t seem aligned to our destination.

But ultimately, we are surrendering to the present moment and operating from the inner place of stillness. Sooner or later, perhaps we do merge with the ocean of oneness.

This is how the ideas of goals and action meet the art of surrender to the present moment.

This is when you assert your free will to participate in whatever is unfolding at the moment without any attachment to personal expectations of results.

This is how you surrender and take intuitive action to live a peaceful and fulfilled life.

In the words of Michael,

“Once you are ready to let go of yourself, life becomes your friend, your teacher, your secret lover. When life’s way becomes your way, all the noise stops, and there is a great peace.” 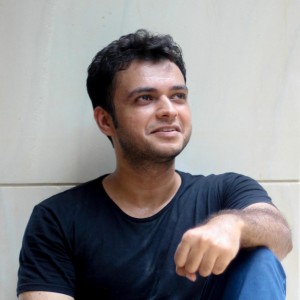 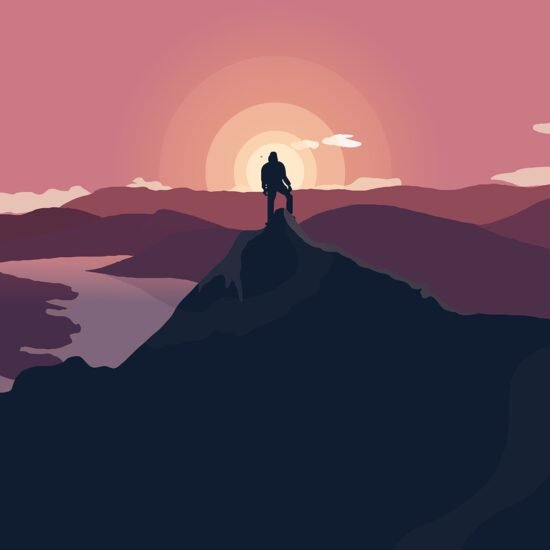 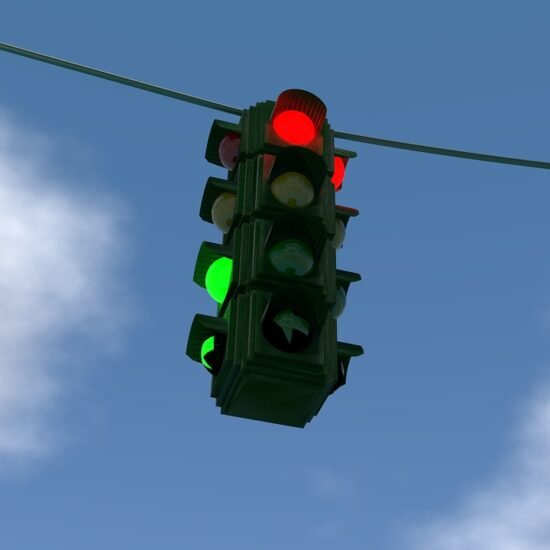 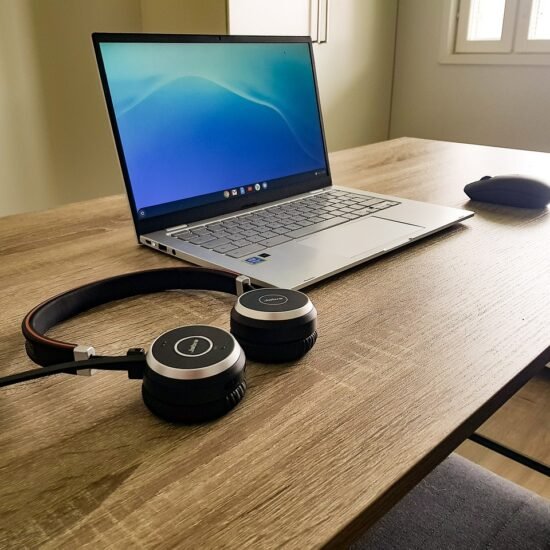